Edward O. Wilson, a pioneering naturalist and trailblazing scholar who was instrumental in building up the scientific evidence validating the restorative benefits of nature in the built environment, died on Sunday, December 26, in Burlington, Mass. He was 92. 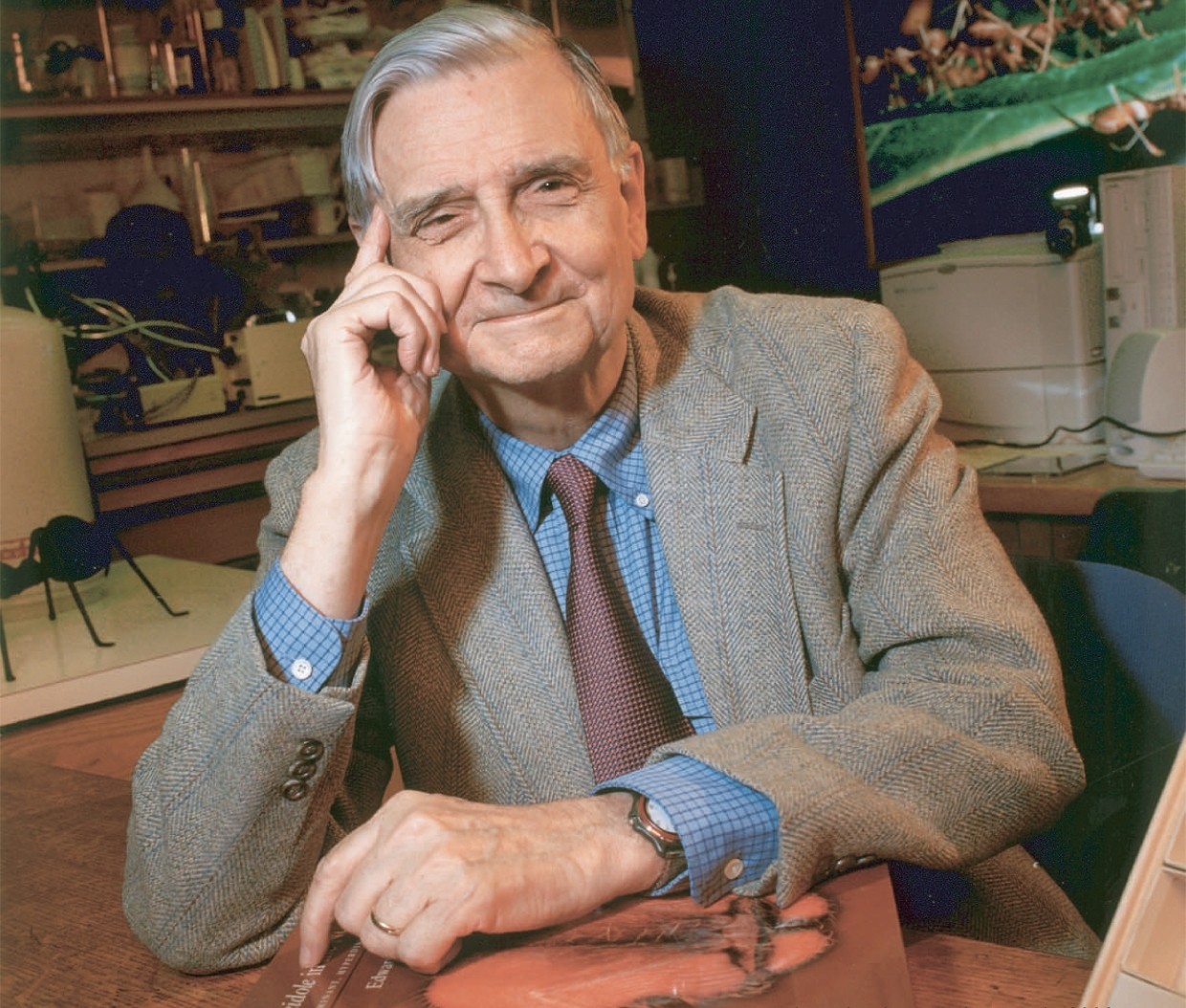 In his more than six decades of active scholarship, Wilson received more than 150 prestigious awards and medals around the world. He was a member of more than 30 world-renowned scientific organizations, academies, and conservation institutions. That notwithstanding, one of the most remarkable feats for a field biologist whose specialty was myrmecology, the study of ants, was receiving the Thomas Jefferson Foundation—Medal in Architecture (2010).

The award, bestowed jointly with the University of Virginia, is the highest external honor bestowed by the University, which grants no honorary degrees. Among the 55 distinguished recipients since the Medal was first awarded in 1966, Edward O. Wilson stands out as the only scientist among world-class architects.

Wilson’s contributions to the biological sciences encompass so many noteworthy achievements that it is easy to forget that he was instrumental in defining the Biophilia Hypothesis, as well as disseminating its profound implications for human wellness beyond academic and scientific circles. The impact of his scholarship on architectural design practice makes this singular honor well merited. 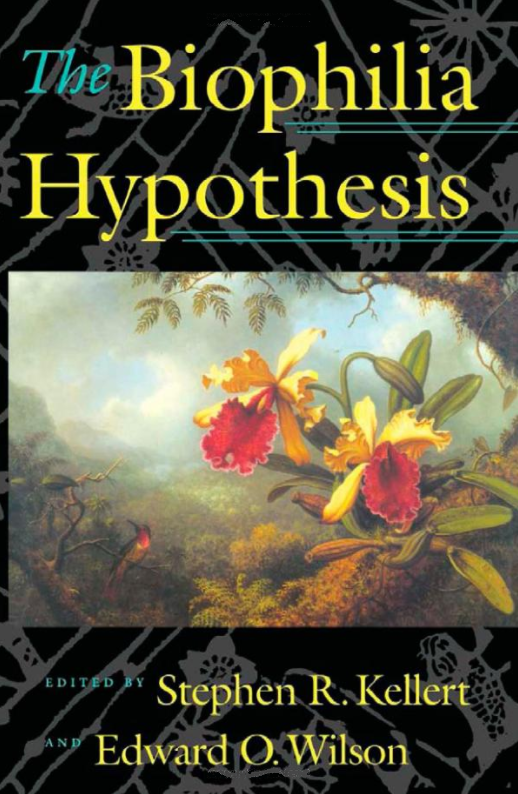 His efforts, along with Stephen Kellert, the Tweedy Ordway Professor Emeritus of Social Ecology at Yale University, who passed away in 2016, set the foundation for biophilic design as an invaluable specialization for interior designers and architects; first in healthcare design, and then across major typologies.

Wilson understood that architecture and the built environment, as the most enduring and pervasive expressions of human culture, also shaped the genes and behavioral traits of societies across generations. Across the chasm of time, he understood that just as humankind’s culture shaped architecture, man-made environments also influenced the behavior that new generations inherited.

“What is truly unique about human evolution,” he noted in Consilience, The Unity of Knowledge (1998), “is that a large part of the environment shaping it has been cultural. Therefore, construction of a special environment is what culture does to the behavioral genes. Members of past generations who used their culture to best advantage, enjoyed the greatest advantage.”1

Wilson’s ability to extrapolate behavioral principles from one species and apply them to others, including humans, led to one of his most controversial books, Sociobiology (1975), where he argued that “our species had a propensity to behave in certain ways and form certain social structures,” which he summed up under the premise of human nature.2

However, despite Wilson’s ideas having a huge impact in explaining complex animal behavior, for a time Wilson was assailed by critics who accused him of promoting biological determinism. However, those accusations lost sight of the well-articulated caveats surrounding his propositions. Wilson’s careful and nuanced body of work also betrays a deep affinity towards all life forms, including his belief in humanity’s sacred duty to protect its most humble expressions.

“Humanity is exalted not because we are so far above other living creatures, but because knowing them well elevates the very concept of life,” he noted in Biophilia (1984), one of Wilson’s most personal books, where his marvel at the complex web of intelligence present in the lives of ants shaped his lifelong conversation ethic.4

Wilson’s prolific scholarship ranged from evolutionary biology to sociobiology and biogeography, publishing more than 430 scientific papers during his career.3 Wilson is also the author of landmark textbooks like The Theory of Island Biogeography (1967), which he co-authored with biologist Robert MacArthur. Together, they developed equations that could predict the number of species an island, given its proximity to the mainland, should sustain.

The premise led other researchers to realize that they could use the equations to make predictions about biodiversity in lakes, forests, and other habitats, enabling scientists to predict the impact of a given habitat’s destruction on biodiversity, yielding a powerful predictive tool for conversation biologists and ecologists.5

Though he retired from Harvard University in 1996 after 46 years of teaching, Wilson continued to hold the positions of Professor Emeritus and Honorary Curator in Entomology until 2002. Despite his official retirement, Wilson was a tireless and dedicated scientist, publishing more than a dozen substantive books, as well as traveling far and deep into wild nature, well into his 80s. 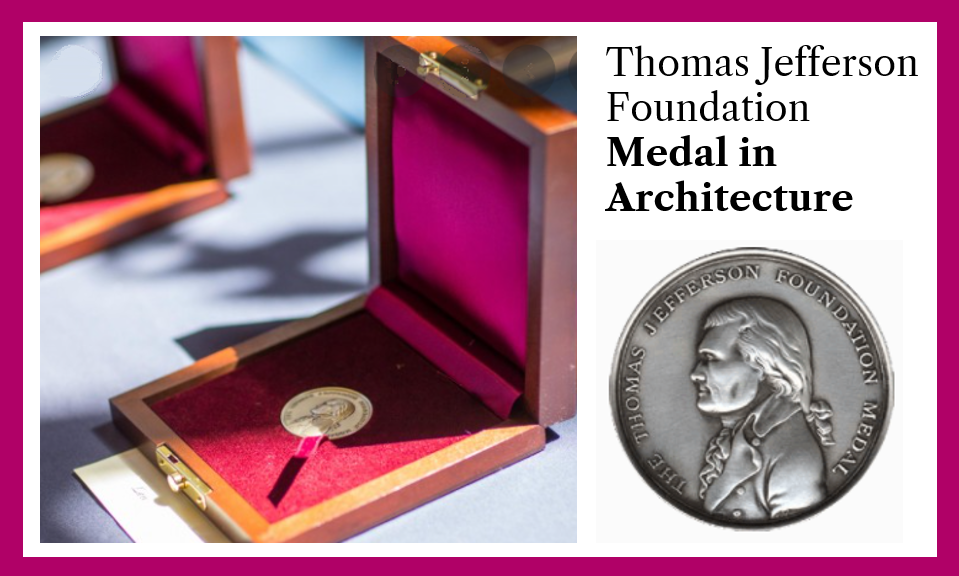 Wilson’s ability to turn scientific ideas into a compelling narrative earned him a global audience that included fellow scientists as often as it did the general reader. As a thought leader and scholar, he earned two Pulitzer Prizes. First, for his analysis the biological implications of social behavior, On Human Nature (1979) and again for his collaboration with Bert Hölldobler on what is considered the definitive scientific review on one of the most diverse and prolific insects on earth, The Ants (1991).

Due to his wide-ranging travel experience during his career, Wilson witnessed firsthand the encroaching effects of sprawling cities and pollution on the Earth’s complex, yet delicate web of life. In his 2016 book, Half-Earth: Our Planet’s Fight for Life, he argued that we were running out of options to give global biodiversity a chance to recover from ceaseless industrialization and deforestation.

He argued that the only way to avoid the exponential rise in mass extinction was to leave half the earth undisturbed and wild. As a species, we all should take stock of Wilson’s sobering assessment. He was not a man taken to hyperbole or exaggeration. He was the consummate scientist, the precise and careful observer.

Wilson career began by studying the small and industrious ants, as well as their far-reaching impact on the environment. While his studies revealed the fascinating ways in which countless species are interwoven for mutual survival, his indelible legacy underscores one fundamental fact: preserving the habitats of the tiniest of crawlers is nothing less than an act of self-preservation. 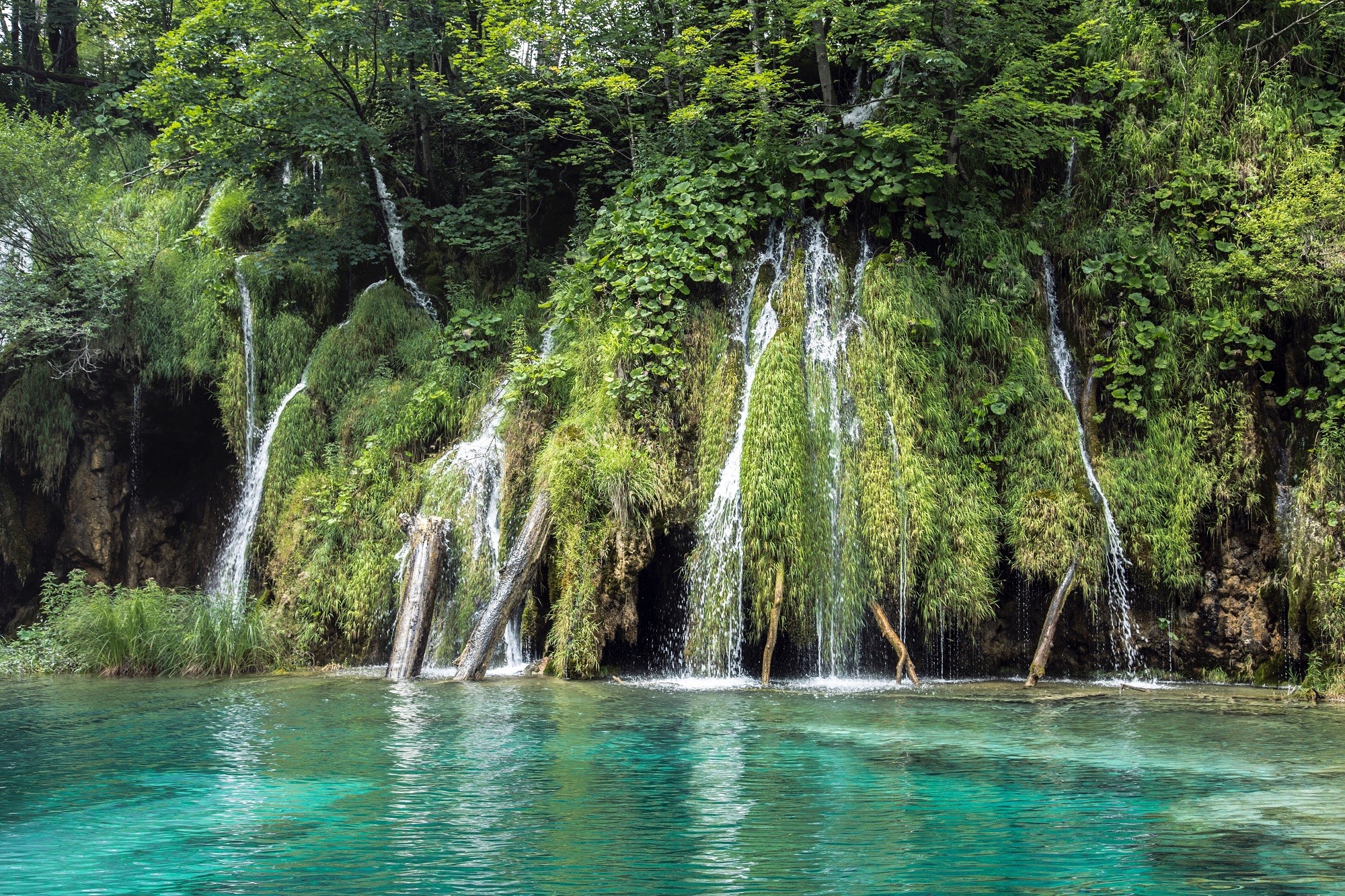