Interview with Richard B. Borrelli, Principal and Healthcare Studio Director at WBRC Architects.

We had the opportunity to do a dialysis facility for The Aroostook Medical Center in Presque Isle, Maine,” says Richard B. Borrelli, Principal and Healthcare Studio Director at WBRC Architects Engineers. “TAMC’s County Dialysis Center was expanding, moving next door basically, due to rising demand. 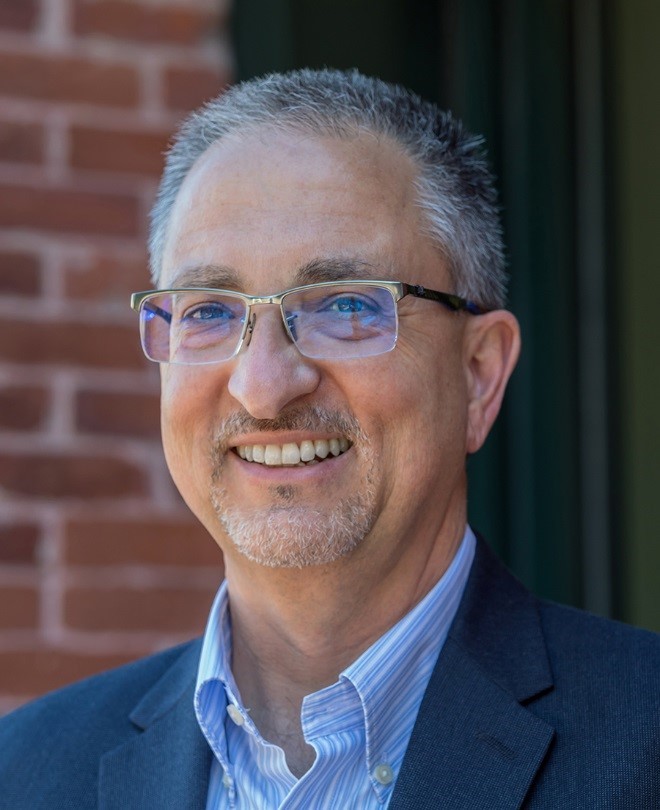 “The new center was a complex fitout of a 9,500 sq. ft. lease space within a 1960s strip mall. When we had the opportunity to look at the space, we realized that we couldn’t incorporate a skylight as the roof structure would not support the added framework. And since it wasn’t the client’s building, spending any amount of money to upgrade the building structurally made little sense.

“However, we wanted a skylight-like feature in the middle of the treatment room because, like a lot of clinical spaces, it was located within a deep plan building where there’s no access to daylight. These central, windowless spaces are the perfect area to incorporate a visual connection to nature. Sky Factory products are extremely useful in deep plan buildings where a perceived connection to nature is most welcome.

“In dialysis care, maintaining visual contact with patients is essential. Very often a change in skin tone indicates that there’s something wrong with the treatment. And that’s why these environments feature cubicles surrounding a central nurses’ station. In our case, it was twelve stations.

“Patients come to the facility three times a week for potentially three hours at a time to undergo dialysis. This had to be an environment that was pleasant to the eye, that tried to bring in daylight-quality light, and that offered an attractive focal point. 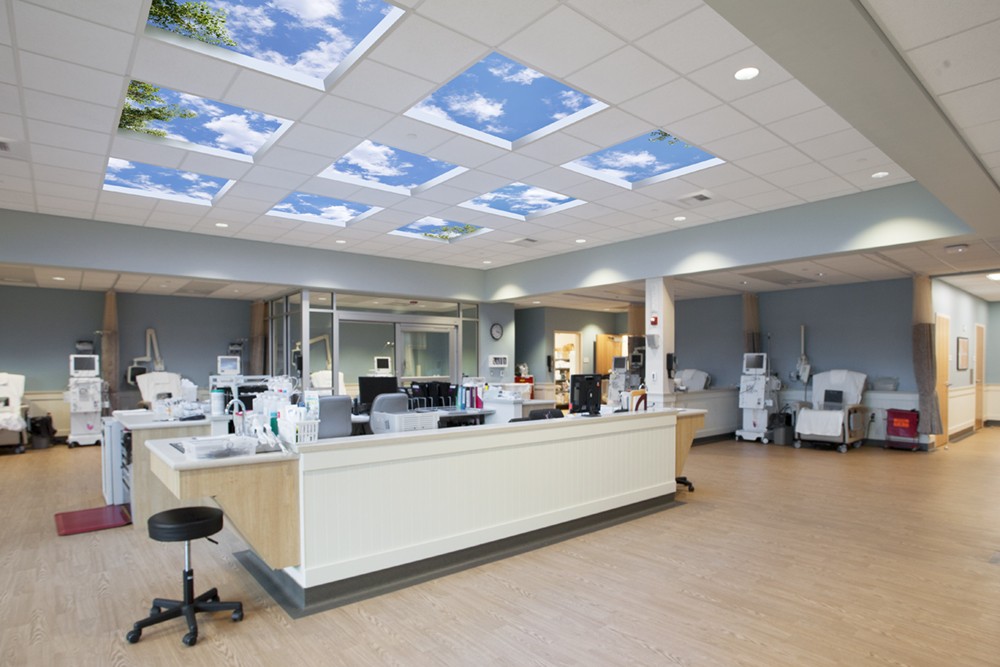 “As it turned out, we went out to bid on the project. The numbers came back and we were pretty close to where we needed to be, but we needed to reduce the cost of the project because there were some late additions equipment-wise and everybody looking for ways to save money on the project.”

“The good news was the owner’s rep out that effort by saying, ‘The Sky Factory fixtures will not be eliminated from the project.’ And that was nearly the first time in 30 years of practice that I’ve heard an owner jumping in front of the bulldozer on a certain element. Generally, everything is up to be cut. And that really made my day—it made the project, in fact. And I think the images of the project really prove that,” remarked Borrelli.